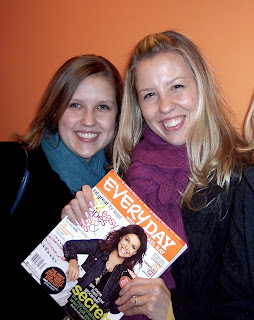 So do you want all the nitty-gritty details or should I keep it short?

Hmmm, I think I will go for broke and tell you everything! By the way, if you aren't a fan of Rachael Ray or don't know who she is, you may as well skip this post because you will probably be bored to pieces!

We (my friends Jodi and Mary Beth and my sister Sara) drove up to NYC and waited in line outside the Rachael Ray show for about 2 1/2 hrs. It was COLD as you can tell! 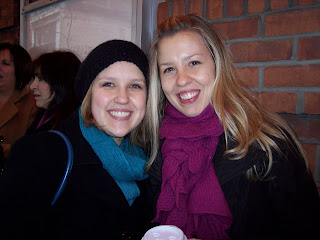 Together since 8th grade! My friends Jodi & Mary Beth... 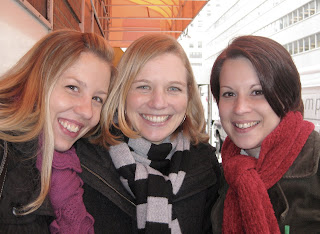 We chatted with other ladies in line and drank our Starbucks drinks to pass the time. 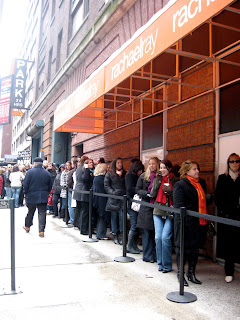 After hours of waiting outside, we finally got our "official" tickets! 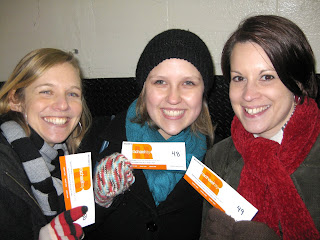 We were brought inside to a "holding room" where they gave us some packages snacks and coffee. It was PACKED full of people, and we thought we were going to suffocate! But at least we were out of the cold. 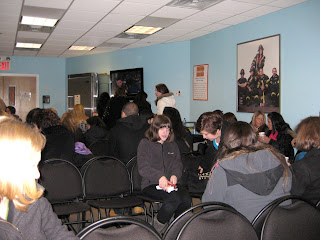 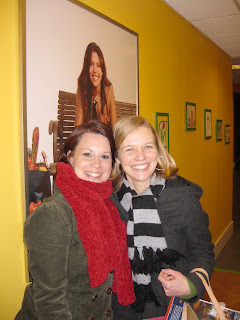 They wouldn't let us take any pictures inside the set, but it was incredible to see it in person!! So surreal! It looks a lot smaller in person, but it's very cool! And we got seated in the second row! SCORE!

There was a comedian/warm up guy who kept us entertained and then we finally got to see HER!! So fun! She is beautiful! She told us that she had some injuries from falling and she had a bad cold, so she wasn't feeling very well. She didn't seem like her normal bubbly self, but she was still really warm and was constantly cracking jokes.

I got to have a semi-conversation with her! I asked her what she was doing for the weekend, and she said she was going to write recipes for the August issue of her magazine, and was going to a farmers market, and was going to cook for her husband. She even described the meal in detail, but I totally don't remember what she said, because I was in total shock that I was actually talking to her!

The warm-up guy asked how I was going to spend the weekend, and I went completely blank.
Totally. I said, "Well, I have two kids..." Duuhhh.

I am such a dork.

Anyway, details, details...she interviewed Shenae Grimes from 90210. We were hoping to see a famous celebrity and we had no clue who she was. 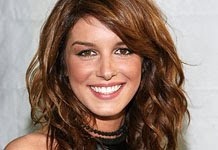 Rachael also did a segment about choosing the right undergarments for plus-size women with Marie Claire columnist Ashley Falcon. Not terribly riveting, so say the least. 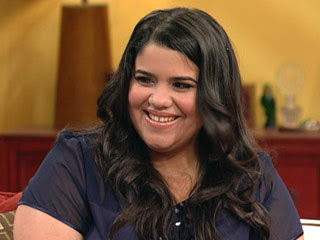 She also had organization expert Peter Walsh on (from TLC's Clean Sweep), and he helped a family organize their home. I'm a sucker for organization and I like Peter, so this was fun for me! 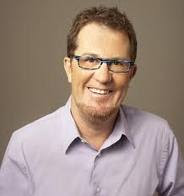 Then she did a cooking segment, but it was really hard to watch because the cameras were in front of us to get close-up shots. I must say, the cheering and applause is pretty canned and not very spontaneous. You're pretty much told when to cheer and when to clap.

Here is a picture that the crew took of the audience and Rachael. Can you find me?? 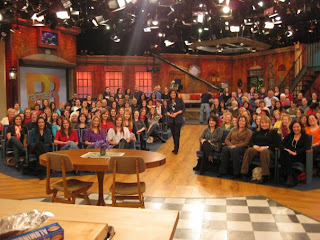 I'm the little dorky head in the second row on the right with the purple scarf.

We were hoping for a great giveaway or some good food, but all we got is an issue of her magazine and some power bars that were the snack-of-the-day. Bummer. 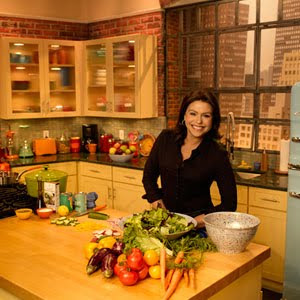 At least we got in and, yes, the wait was definitely worth it!! It was an amazing experience. If you get the chance, you should definitely go!

By the way, the show we were on airs next Thursday, the 25th, in case you want to see if you can find us!
**Edited: The show will actually air on Wed., the 24th. 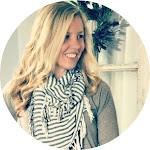